The 10 Best Countries For Traveling Alone

08 Apr. 2019
There are many travelers who claim that traveling alone is the best way to see the world. You deliberately travel solo, they say, because you want to experience the world without the influence of a friend or partner's tastes, prejudices, or preferences. When you're with a companion, it's easy to focus on that person and forget about meeting other travelers. Traveling alone, you're more likely to be on a voyage of self-discovery.

Solo travel can be delightfully self-indulgent. You can spend a day doing nothing but café hopping or lingering in a single museum. You can loll on a beach on the South China Sea or hire a guide to visit remote ruins. Indulge your classical music passion in one of Europe's great concert halls or join a group of like-minded strangers for a Himalayan trek.

It's your call. Solo travel is the ideal opportunity to try something new, like a surf camp in Central America, a bike trip in Southeast Asia, or a visit to a classic European spa town. Despite the dreaded (and often costly) single supplement, bona fide single accommodations are both affordable and available in many parts of the world.

Still, there are two concerns for many solo travelers. The first is safety: the simple fact is that there are countries that are statistically safer than others for travelers.

The second concern is a bit less tangible but just as critical: is the country you've chosen a happy place? Is it a country where you'll be made to feel welcome, a nation where you can easily interact with the locals, where conversation flows easily even if you're struggling with a new language? For truly rewarding solo travel, it's crucial that you can connect with the culture and not feel like an outsider.

To find the answer to these two questions, we crunched the numbers from the Global Peace Index, which ranks 162 nations for their peacefulness, and the Happy Planet Index, which looks at environmental impact and human well-being in 151 countries to measure where people live long and happy lives.

The resulting 20 best destinations for solo travelers present an amazing mash-up of geography along with radically different cultures, languages, and customs. (Canada represents North America here, as the U.S. didn't rank highly enough to make the cut.) Safety and happiness prevail in all of them, making any of them ideal for your next solo adventure.

In New Zealand, the lush setting of the Lord of the Rings films, travelers can look forward to adventures on glaciers, in rainforests, and on the peaks of the Southern Alps, not to mention bungee jumping, jet boating, and hiking on the legendary Milford Track. All while meeting some of the friendliest and most open-minded people in the world—a major plus for those going solo.

The best way for solo travelers to experience an expensive country that's 1,000 miles long: aboard one of the Hurtigruten coastal steamers that sail up the coast of Norway, into the city of Bergen, and through some of the country's most beautiful fjords, stopping at dozens of ports along the way. Or sign up with a local outfitter for a multiday trek along the fjords, with accommodations ranging from comfortable hotels to mountain huts. The northern lights are gratis.

Switzerland, a place known for people who mind their own business, is a natural choice for solo travelers. Equip yourself with good hiking boots and a Swiss Rail Pass—good for every train, tram, and lake steamer. You might start with a couple of days in stately, pedestrian-friendly Zurich and then head south to the shores of Lake Geneva for the bistros, nightlife, and museums of Montreux and Lausanne before carrying on to the Italian-speaking Ticino region.

You could argue that the concept of adventure travel was born here in Costa Rica, a.k.a. the world's happiest country. This Central American destination has been drawing Americans for decades to surf on the Pacific coast or join a rafting company for a day on the white water of the Reventazón or Pacuare rivers. If comfort is a priority, book one of the country's storied adventure lodges and head out for day trips in the cloud forest. 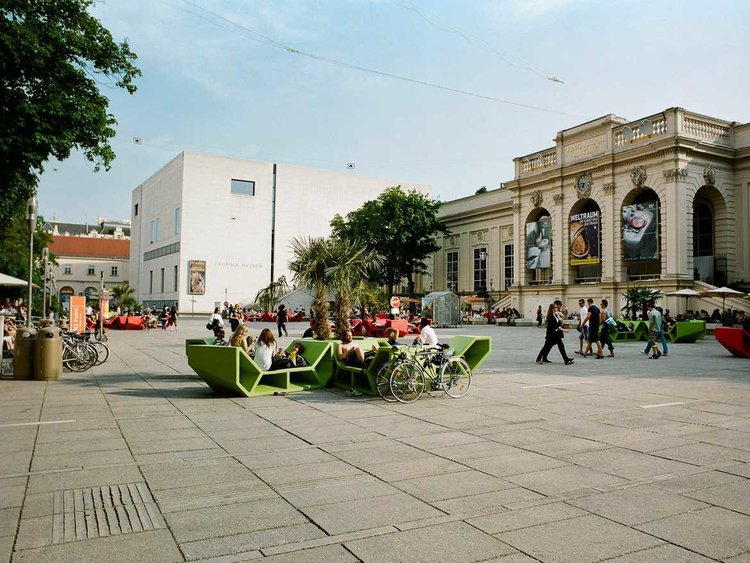 Small and compact, Vienna is one of the easiest European cities to navigate as a solo traveler. Start with an abundance of concert halls, dozens of museums, and cafés where you are expected to linger, a tried-and-true Viennese tradition. Salzburg is even smaller but equally welcoming to singles. A superb rail network means that getting anywhere else in the country, from Innsbruck to Kitzbühel to Graz, is easy.

Street life is colorful and safe in Vietnam's largest cities, whether you're exploring Ben Thanh market in Ho Chi Minh City or heading for Hanoi's massive Dong Xuan Market. Do tai chi with hundreds of others by Hoan Kiem lake before heading into the mountains of the Central Highlands, preferably on a trek with a local outfitter. Wind up with a stay on Phu Quoc Island for a taste of the classic Southeast Asian beach-bum lifestyle. 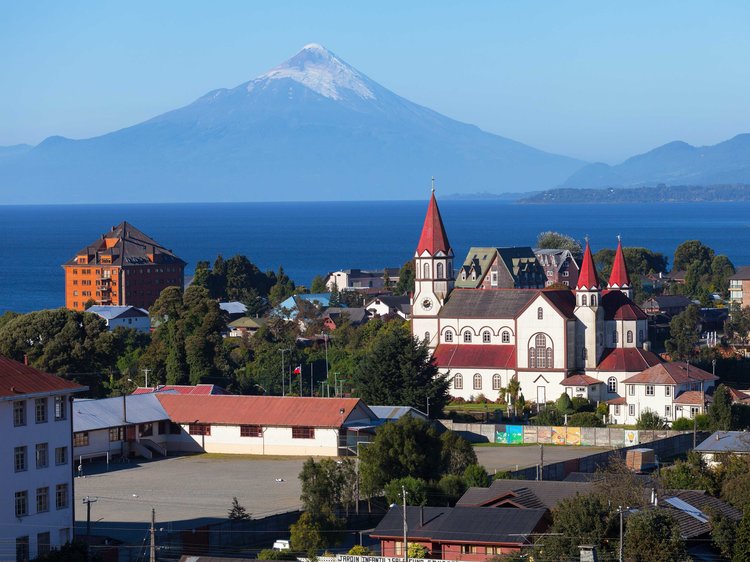 As a rule, Chileans tend to be friendly and welcoming, a plus for adventurous single travelers eager to explore this 3,000-mile-long country of deserts, mountains, and endless coastline. Whether you head north to the magical Atacama Desert or south to untrammeled Chiloé Island or Patagonia, save a little time for Santiago, safe and easy to navigate. You might well find yourself as a guest at a family asado, or Chilean barbecue—and becoming part of a local family may be the ultimate definition of a friendly country. 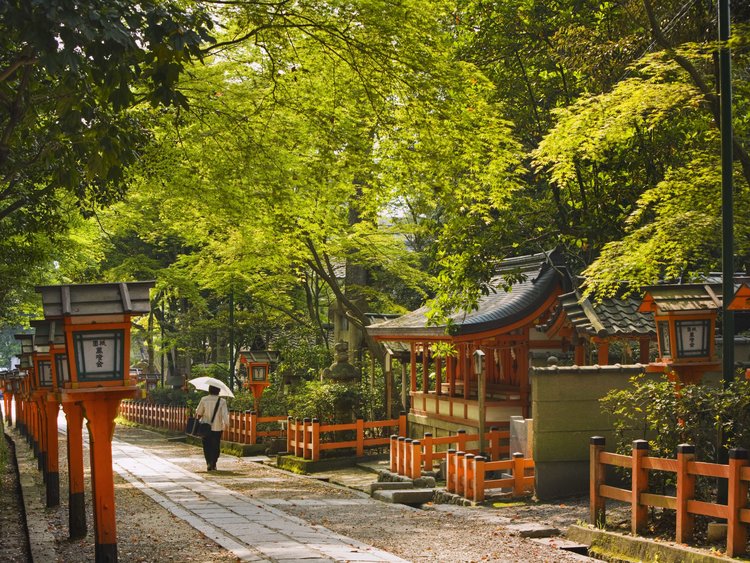 After a few days in the fascinating megalopolis of Tokyo, hop a bullet train ride past Mount Fuji to experience the contrasting tranquility of old Kyoto. Lodgings, from venerable ryokan inns to modern hotels, are designed with single travelers in mind. You can enjoy a communal hot spring bath, meditate in a Zen garden, and dine at the counter of a sushi restaurant—a classic favorite of solo travelers. 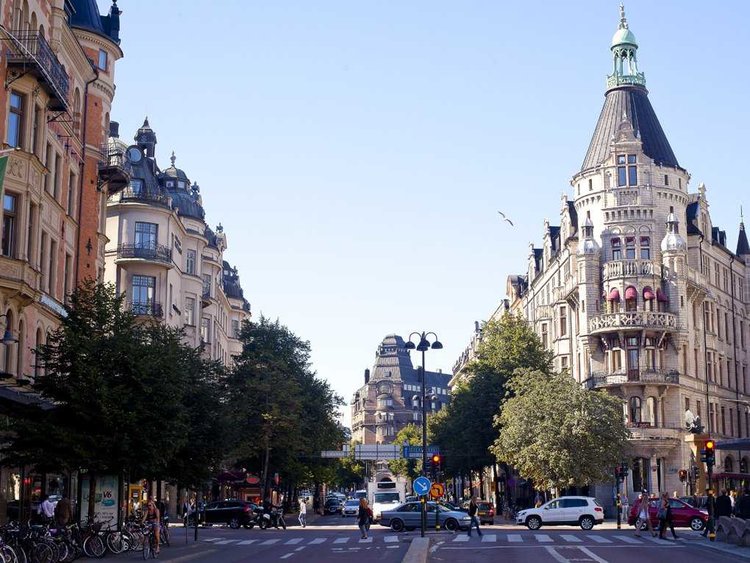 It's easy to be a solo traveler in Stockholm, a compact city surrounded by the waters of the archipelago. Sea kayaking? Check. A day exploring the city's parks by bike? Easy enough. There are outdoor cafés, the artistic treasures of the Moderna Museet, and stellar shopping for design here in the country that gave us Ikea. City life aside, the quintessential Swedish experience is outdoors, lakeside or trekking in the far north, both easily done with an outfitter. 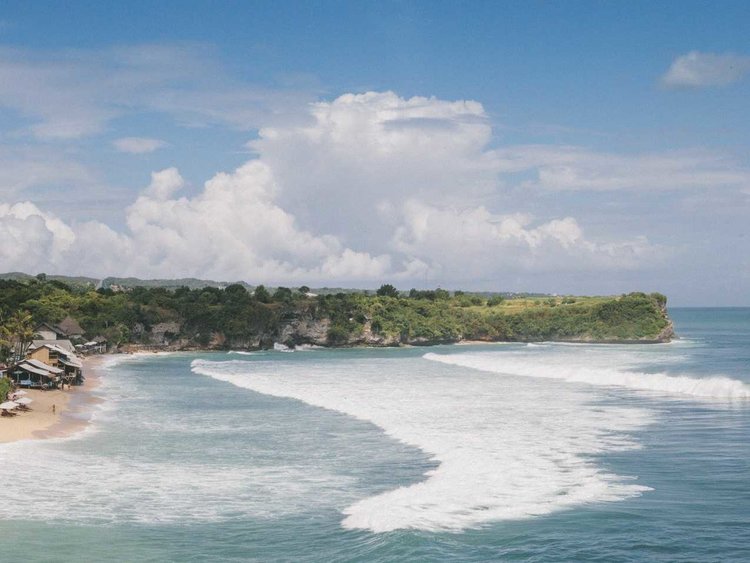 Let's see, temples, yoga on the beach, and cheap food, lodging, and massages. Then add an international roster of backpackers, hedonists, and spiritual seekers. It must be Bali, the single most popular destination for Western solo travelers in Indonesia. If you prefer someplace less touristy, take a 25-minute flight to Lombok, an island off the coast of Bali that feels like traveling back in time to 1970s Indonesia.

Why travel with us?

Speak with an Expert

Our travel experts are always available to answer questions and help you plan the trip of a lifetime.

Questions?
Our travel consultants are here to help.

Being the locals, we know the true value of our land. We always listen and arrange everything as your desire. Please kindly send us whatever about your trip, we will send you best offers quickly.

Backed by the world's leading travel companies to give you a hassle free vacation.

Please kindly fill in the form below. It will help our travel expert find/design the best travel package based on your travel plan.

Tell us your travel plan and we will reply to you within 1-12 hours with the best tour options.